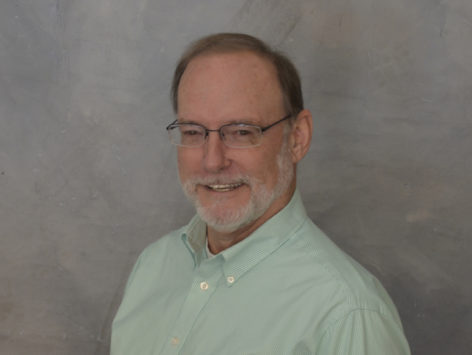 My earliest memory takes me back to a log cabin at Jenning’s Lodge on the Willamette River outside Portland, Oregon, where my father attended Western Evangelical Seminary following completion of four years of college during WWII. There he met and married the lady with whom he spent 59 years in faithful marriage—my mother. Not many can say they were brought directly from the hospital to his father’s Quaker church to hear his first sermon. I am almost certain the title that Sunday was, “Suffer the Little Children to Come Unto Me.” (Well, almost certain.)

In 1968, I graduated from the same college where my father and mother met—Cascade College in Portland, Oregon (now associated with Seattle Pacific University). A season at King’s Garden’s Miracle Ranch in Bremerton, Washington, provided the setting where I was baptized in Lost Lake by the camps founder and dear friend, Jack Geer. There, in my Sophomore year, God buried my life in Lost Lake and a deeper walk under Christ’s lordship began.

After much soul-searching, I enlisted in the Army in Oregon; returned home for the summer to help my father build a new church in Illinois, and then returned to Ft. Lewis for basic training. Few have had their dog tags stamped “Quaker” and, in time, I served as a chaplain’s assistant assigned to the publication of a historical book of the military chapels that were built following the Korean War. This allowed travels throughout Korea and initiated an interest in publication and graphic design.

In 1971, while sharing the gospel with a fellow worker at Blue Cross of Oregon, a beautiful lady overheard my conversation regarding Christ’s love and power to save. She later stopped to ask if I was Christian, and the outcome of her inquiry radically changed the direction of my life (not that I actually had a direction). Her name was Sherie, and her love for Christ and deep commitment to God’s choices above her own (besides her beauty, of course) set my sails—and the winds were favorable. We were married just three months following our first encounter and celebrated our 50th anniversary August, 2021.

It was during these months in 1971 that I studied God’s Word and began to see Christ in a different light—as sin-bearer; healer of body, of the soul; and as baptizer of the Holy Spirit. And in our apartment in the fall of 1971, Jesus baptized a Quaker youth with His Spirit.

God’s matchless grace has followed us throughout our years. Together, Sherie and I have been blessed with six children and 14 grandchildren who are added testimony to His faithfulness.

Time and time again, doors have been opened where no sign of a door existed:
• A woman, captive to fear and prostitution, was marvelously saved when the Lord spoke a simple command, “Go back!” In obedience, God proved that He still speaks in a still small voice as she surrendered to Christ to leave a life of hopelessness in a small village in Korea.
• A simple question, “How is your soul?” initiated events which resulted in the conversion of a woman whose daughters would become our own upon their mother’s premature death.
• Another door opened for two years in weekly ministry to captives at a women’s prison during Portland’s campaign to clean up prostitution on Union Avenue and Burnside.
• Another door (a literal one) required hanging during a church work day. It was the end of the new construction of Portland Foursquare Church (we had attended our first service the Sunday before). Little did we know, that we would have the joy of serving as teachers; lay-pastor overseeing home groups; and five years on the church council serving two thousand faithful. It was God’s marvelous way of instruction in a school of “higher” learning under the tutelage of a pastor of pastors, Dr. Allan Hamilton and other beloved brothers with whom I was privileged to serve our Lord.
• A desire to spend father/son time with my eight year old son, Nathan, encouraged me to join the Royal Ranger’s Ministry. It was during one of our camping adventures in the Tillamook forest on the Cascade Range that I saw my son walking toward me to introduce his new friend in buckskins who would become God’s precious gift to our family—a friend named “Little Bear” Wheeler. Richard (“Little Bear”) and his wife, Marilyn, and Sherie and I have co-labored for over 30 years.
• For the past 12 years we have labored as co-founding pastors at Living Water Fellowship in Bulverde, Texas with four precious couples, Richard & Marilyn Wheeler, Doug & Diane Swanson, Phillip & Mary Telfer, and Nathan %amp; Bailey Hamilton.