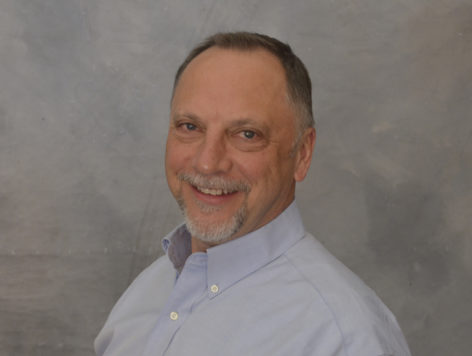 Pastor Doug grew up in Glenview, IL and graduated from Glenbrook South High School. Then he moved to Colorado to attend Ft. Lewis College in Durango, CO. He graduated Magna Cum Laude, with a degree in Business Administration. While attending college, he met his future wife, Diane, and they were married upon graduation. He entered the corporate world in the air express industry. A job promotion brought them to San Antonio in 1984, where Doug worked as a Global Account Executive with FEDEX for over 15 years. They moved to the Bulverde/Spring Branch area in 1995. Along with his pastoral duties Doug is also a commercial real estate broker in the San Antonio and surrounding areas. He is also one of the founding pastors of Living Water Fellowship, which has met in the Bracken Christian School Gym for over 18 years and recently celebrated their 19th anniversary at their new location, Bulverde Spring Branch Activity Center.

While growing up in Glenview, Doug lived across the street from his family’s church and the Swanson’s were in church, every time the doors were open. However, as a teenager, Doug lost interest in church and didn’t understand what a relationship with Jesus Christ looked like. So, he told his parents that he didn’t want to go to church anymore. Fortunately, Doug’s parents refused to allow him to stop going to church. So, he asked his parents if he could attend other churches with some of his friends. His parents relented and Doug tried out a couple, but they all seemed to produce the same disinterest and apathy that Doug was experiencing at the time (self-centeredness and sin). However, Doug’s friend Todd Whitfield invited him to attend his church, Winnetka Bible Church, where Doug experienced for the first time, that he ever remembered, hearing the Gospel preached. With a heavy beating heart and sweaty palms, Doug let go of the back of the pew and answered the altar call to ask God to forgive his sins and make Jesus Lord of his life. For the following few years through college, Doug struggled to understand and live out his new faith in God until he and Diane moved down to San Antonio. As a young married couple, they got involved in a small church plant that was meeting in a grade school gym (just can’t seem to get away from setting up and taking down chairs every week in school gyms). It was there that Doug and Diane’s pastor, Robert Emmitt, took an interest in discipling the young couple and helping them understand Lordship, repentance and living for the Lord as He does His sanctifying work. Several years later, Doug and Diane began teaching the high school Sunday School class and worked with a youth ministry team assisting the youth pastor. At this time, the pastor of this church decided that the Lord was leading the formation of three new church plants. Doug and Diane felt called by the Lord to help with one of those plants in the neighborhood of Encino Park, meeting at a La Petit Day Care Center, (back to setting up and taking down chairs and driving moving trucks again every weekend). Doug and Diane became an integral part of the youth ministry again, teaching Sunday School and leading youth activities, along with organizing and executing their annual disciple program, “Disciple Now”.

Several years later, Doug and Diane followed the Lord’s call to a new church (meeting in an old catfish, cajun restaurant). While there, they implemented the “Disciple Now” program for the high school youth and later Doug became the youth pastor. After ten years at Harvest Fellowship as the youth pastor and an Elder, Doug and Diane moved from San Antonio to Bulverde and felt that the Lord wanted them to be more actively ministering in their community. So, after a couple of years of praying for the Lord to lead them to a local church and visiting several wonderful churches, Doug began meeting regularly with a group of 3 other men, including Richard Wheeler and Al Mendenhall for weekly times of prayer regarding a new church startup in Bulverde. And thus was the beginning of Living Water Fellowship.

Doug and Diane have been involved in ministry work since 1986. They have now been married for 40 years in 2022, and have four adult children, son, Eric and his wife Janae, daughters, Kari, Kirsten (KiKi) and Karli. Along with 3 beautiful granddaughters, Hollis, Hadley and Haylen.
Doug enjoys spending time with his family, playing his guitar, and preparing the music for worship at LWF, gardening and chores around the house.