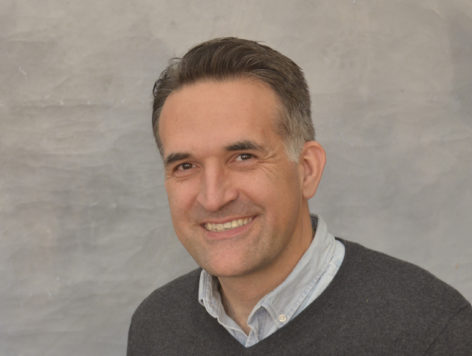 At the age of 17, Phillip Telfer surrendered his life to Christ and received a call into ministry. After graduating from high school he moved from Oregon to Chicago, Illinois, to serve in inner city missions working with a local church. He got his first church staff position as the janitor and helped start a weekly outreach to skateboarders. Phillip was also part of a summer program known as Chicago Outreach to help coordinate and lead various outreaches in Chicago.

Phillip’s ministry broadened as he began to write and share music which eventually led to a season of full time itinerant music ministry and 7 self-published recordings. At the same time, his passion for studying and teaching the Bible continued to grow.

Pastor Phillip served as a youth and associate pastor in Illinois for almost 5 years prior to launching out in full-time itinerant ministry with his family. In 2005 he founded the non-profit organization Media Talk 101 and is author of the book “Media Choices: Convictions or Compromise?” Phillip has ministered to youth and families over the last 26 years, sharing at camps, retreats, conferences, Christian schools and church services around the country.

In 2011, Phillip wrote and produced the award winning documentary “Captivated: Finding Freedom in a Media Captive Culture” which addresses the impact of media in our culture and the growing need for discernment. To date, “Captivated” has been recognized as a dynamic vehicle for communicating this Christ-centered challenge, and has had the privilege of receiving several awards:

2014 marked the premier of the Media Talk 101-sponsored Christian Worldview Film Festival to encourage Christian Filmmakers in their Biblical worldview and the craft of filmmaking. The Film Festival had 700 registered attendees in the first year and over 1000 in subsequent years. The sixth annual event will be held from March 11-16, 2019 at The Factory in Franklin, TN.

Phillip Telfer has served in various pastoral roles over the years and is passionate about his family, his Lord and Savior Jesus Christ, and the family-integrated church model that so aptly conveys Christ’s Gospel to this generation. A great match for Living Water Fellowship! We are a Christ-loving, family-integrated church, and privileged to have Pastor Phillip Telfer now serving as a co-pastor of Living Water Fellowship in Bulverde, Texas. One of Phillip’s first pastoral assignments at Living Water was to spearhead another vehicle to equip future leaders in ministry, and thus with the co-labor of Dr. Daryl Rodriguez, Living Water School of Ministry was launched, and those classes can currently be accessed online.

Phillip and his wife, Mary, have been married for 27 years and have been blessed with 4 wonderful children, one fantastic son-in-law, and 1 adorable grandchild.