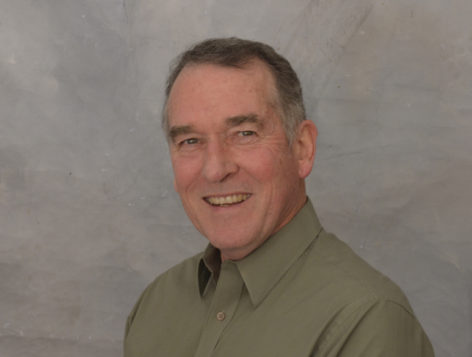 Pastor Richard “Little Bear” Wheeler, together with his wife-to-be, Marilyn, was converted to Christ in 1972 in Santa Monica, California, during the Jesus Movement of the ’70’s. Pastor “Little Bear” immediately entered a Bible training school called The Light and Power House, and while still in seminary began teaching the Word of God in home Bible studies. His love for God’s Word, and the desire to teach it, came as a result of having been delivered from several false Christian and non-Christian cults. Yet during those confused years of searching for the truth, a little black Gideons Bible, given to him as a sixteen-year-old cafeteria bus boy, remained his anchor that in later years would be used by the Holy Spirit to deliver him from darkness into the glorious light of Jesus Christ. His life verse became Proverbs 3:5-6, “Trust in the LORD with all thine heart; and lean not unto thine own understanding. In all thy ways acknowledge Him, and He shall direct thy paths.”

After further seminary training, ordination, and several years of serving in pastoral youth ministries in Oregon, the Lord directed his path into full-time evangelistic ministry with his young family. Integrating his seminary studies, diverse ministry background, professional theatrical training, and a passion for Christ, “Little Bear” (a name he received while serving in an international ministry called Royal Rangers) founded Mantle Ministries in 1978 for the purpose of communicating God’s providential history and faith-building messages. As president and founder of Mantle Ministries for over 30 years, Richard “Little Bear” Wheeler has had the unique privilege in ministering on the evangelistic field over a span of two generations, particularly to home-educated families throughout North America and Europe, and most recently to an international church in China.

The year 2003 marked the beginning of a new assignment on yet another “path” of service directed by the Lord, when four founding pastors shared the same vision for a pioneer work of a family-integrated church in the Texas Hill Country. Ever since that first Sunday meeting in January of 2003, Richard “Little Bear” Wheeler has counted it an indescribable privilege in ministry to co-labor with the pastoral staff of Living Water Fellowship, serving its people, and being called Pastor “Little Bear.” His desire is to continue to teach God’s Holy Word to those who would hear, to demonstrate the love of Christ to those who would see, and to impart the relevance today of a growing faith in Jesus Christ – the Rock of our salvation, the Author and Finisher of our faith.

Pastor “Little Bear” and his wife, Marilyn, have been married for 46 years, and have had the unique privilege of having home educated their three grown children, Noelle, Aimee, and Josh, while on the evangelistic field. At the home front, they are now experiencing the joy of being whole-hearted grandparents to their beloved grandchildren. Most recently, Little Bear has experienced the joy of passing the “mantle” to his son, Josh Wheeler, who has transformed the heritage of Mantle Ministries Christian family resources into electronic media format for yet another Christ-loving generation. To God be the glory!